It is time for villancicos! A great number of Filipino villancicos (of course, in Spanish) eventually disappeared via the oft-trodden road of desuetude. What replaced them are feel-good Christmas carols, such as one that gleefully glorifies the coordinated twinkling of Christmas lights, or another that excitedly enumerates the meals prepared for the nochebuena, or another that forlornly reduces Christmas to an accident in an ongoing breakup process, or still another that poignantly ponders on missed family reunions juxtaposed against the glittering tinsel and clinking jingle of the season.

Perhaps, we can say that the collapse of the Spanish language in the Philippines was one of the catalysts that progressively favoured the deconstruction of Christmas into its purely aesthetic, amply gastronomic, potentially therapeutic, and overstatedly emotional elements. In other words, materialism articulated in poetic motifs and tuneful themes. The worrying thing about this trend is not the accident that modern Filipino Christmas carols do not mock the core and reason of Christmas, Who is Christ our Lord, but the fact that they do not mention Him at all. Whether a staunch refusal or a candid failure, this setting aside of Christ contributes to the decoupling of our values from our faith.

But enough about this tragedy in our culture. Let us get to the villancicos. Examples of Filipino villancicos are this and this, both from the Visayas. Sung with their Spanish counterparts during pastores presentations, together with the adaptation of various Latin hymns, and the misa pastorela for the misa de aguinaldo, villancicos defined the Christmas soundscape of colonial Philippines. 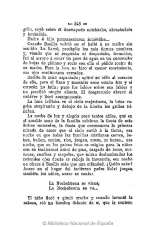 One such villancico appears in the last chapter of the Noli, chapter 63, La nochebuena. Here Rizal, waxing rather dejected about the element of innocence, wonder, and marvel during Christmas, muses on the likely possibility that Padre Bernardo Salví is being entertained in his own convent by children—surreptitiously implied as his own—singing the words: La Nochebuena se viene, la Nochebuena se va. 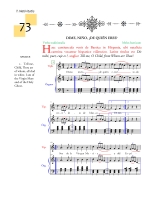 These words come from a Spanish villancico entitled Dime, Niño, ¿de quién eres? which imagines the singer encountering the Child Jesus and seizing the opportunity to ask Him questions. It is an interview, a dialogue with the Divine. Every estrofa has a different answer: in the first, the Child answers that He is the Son of the Virgin Mary through the Holy Ghost; in the second, He replies that He is the love in the manger and the suffering on the Cross. Here is how it sounds (click the thumbnail to open the sheet music).

Our ancestors sang of the Lord on His birthday. Now, we sing of ourselves, our problems, our lifestyles, our desires, not only on the Lord’s birthday, but even while we await His birth. Rather scandalously, Advent has become an excuse for self-congratulation and self-expression; Christmas, being the period allotted by many to recover—after a battery of pre-Christmas Christmas parties, and the not so infrequent trips to the liqueur department—their dignity and sobriety. Great a catastrophe it shall be if our children, and our children’s children, would inherit this intrinsically-impaired proclivity to sing paeans to ourselves, this inebriation of our self-worth, on the birthday of our Redeemer. Let us remember: In order to follow the Lord, we must first deny ourselves.