|« Previous part: Chant-hunt in the books 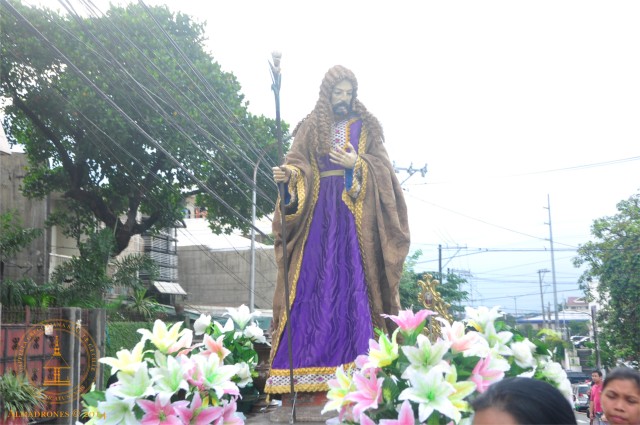 Everything that has anything to do with 1 May apparently began in the Commission’s 30th meeting on 27 November 1953, the last meeting under Cardinal Micara. At this meeting, Father Antonelli informed the Commission that the Secretariat of State forwarded two letters sent by two bishops requesting the Holy Father to establish a feast to honour Mary as Queen of the world, adding conspicuously that the Holy Father was not disposed to such a request [2]. Mons. Carinci observed that the two letters would be added to a pile of some two hundred letters bearing the same petition. In their following meeting on 12 January 1954, the first meeting under Cardinal Cicognani, Father Antonelli communicated to the Commission that other petitions concerning the institution of a feast to honour Mary as Queen of the world had arrived [3].

In its 32nd meeting on 22 January 1954, the Commission debated on the title of the feast honouring the Blessed Virgin as Queen. Father Löwe proposed Regina mundi, quoting Leo XIII and Pius XII [4]; Mons. Dante favoured a specific title, forwarding Regina coeli et terrae [5]; Dom Albareda insisted that the title should be related to the feast’s theological foundation [6]. Father Bea agreed with Dom Albareda, and everyone agreed that the title should be left unspecific as Festum B. M. V. Reginae [7], and that the feast should be assigned to 1 May [8].

In its 33rd meeting on 5 February 1954, Father Bea thought that the selection of 1 May for the Queenship of Mary should be explicitly made known as having been done in deference to the popular piety which had consecrated May to the Blessed Virgin [9]. The definitive text of the report to be presented to the Holy Father regarding this feast would be examined in the Commission’s 34th meeting on 19 February 1954 [10]. With the report approved by the members and subsequently submitted to the Holy Father, the Commission undertook as their agendum the revision of the liturgical calendar in their next meetings.

In its 38th meeting on 9 April 1954, with the report from the Secretariat of State, sent by Mons. Montini, Pro-Secretary for Ordinary Affairs, informing the Commission that the Holy Father was pleased with the report presented by the Sacred Congregation of Rites regarding the feast of the Queenship of Mary, and had approved its institution [11], the Commission, after tackling the feast of Saint Gabriel the Archangel [12], proceeded to fix the Queenship of Mary on 1 May [13], transferring the feast of Saint Philip and Saint James to 4 May [14].

After this meeting, the Commission continued to deliberate on the reforms concerning the calendar and concerning the ceremonies of Palm Sunday [15]. Only after these did it tackle once again the feast of the Queenship of Mary, in its 45th meeting on 19 October 1954, eight days after Pius XII issued the encyclical Ad coeli Reginam [16] , establishing the feast of the Queenship of Mary on 31 May. At this meeting, Mons. Dante informed the Commission that the Pope wanted to assign the new feast to 31 May in order to keep 1 May free for an eventual feast of Cristo operaio [17], Christ the workman, it seems (yes, Christ, not Saint Joseph). However, Mons. Dante observed that, owing to the thirty-five possible dates of Easter, there would be nineteen occasions when the Queenship of Mary would be impeded on 31 May; whereas, on 1 May, only four such occasions it would be impeded [18].

In its 46th meeting on 22 October 1954, Cardinal Cicognani read a letter from the Pro-Secretary Mons. Montini communicating to the Commission the Holy Father’s desire to fix the date of the Queenship of Mary to 22 August, transferring the Immaculate Heart of Mary to 31 May [19]. This, however, did not materialise, and the two feasts retained their dates (to be switched later by Paul VI), with the propers of the Queenship of Mary promulgated by decree of the Sacred Congregation of Rites, dated 31 May 1955 [20].

In the meantime, the Holy Father articulated his determination to assign the feast of Saint Joseph the Woker to 1 May on 1 May 1955, towards the end of his speech to members of the Associazioni Cristiane Lavoratori Italiani (ACLI) [21]. He called it the feast of San Giuseppe Artigiano (the same terminology used by the Commission, first Latinised as Sanctus Ioseph Operarius, later changed to Sanctus Ioseph Opifex a year after). That the Pope’s determination stemmed from a desire to Christianise a communist observance doubtless obtains clarity in his own words [22]:

[…] accepted by Christian workers, and as though receiving the Christian chrism, 1 May, far from being a reawakening of discord, hatred and violence, it is and will be a recurring invitation to modern society to fulfill what is still lacking from social peace.

In the Commission’s subsequent 51st meeting on 24 June 1955, the last meeting for the period 1954–1955, Father Antonelli informed the Commission that amongst their calendared agenda for the next period would be the examination of the Office and Mass of Saint Joseph the Worker [23]. This began in their next meeting on 7 October 1955, scrutinising the schema prepared by Father Löw with the help of Father Antonelli, which had been distributed to the members beforehand [24].

Eight days later, on 14 April 1956, the Sacred Congregation of Rites finally announced by decree the institution of the new feast, prescribing for it the highest liturgical rank, perpetually transferring the feast of Saint Philip and Saint James to 11 May, and abolishing the Solemnity of Saint Joseph (what was for a long time known in the Philippines as the Patronazgo del Glorioso Señor San José), reappointing the epithet Patron of the Universal Church to the new feast [27]. In his speech that year to the ACLI, after the first celebration of the new feast in the Vatican, Pius XII announced [28]:

With the effusion of a Father and with the authority of a Supreme Shepherd, We not only welcomed your just desire, but, as a gift withdrawn from the heavenly treasures, We also instituted the liturgical feast of your patron, Saint Joseph, the virginal husband of Mary, the humble, the silent, the just labourer of Nazareth, so that in the future, your special Protector before God, your safeguard in life, may become your guardian and defender in the travails and trials of labour.

At least in terms of the liturgical texts, the existence of the feast of Saint Joseph the Worker was by this time sealed.

There appears to have been a blueprint materialising in the innovative minds of the reformers of that time, and to its consequences we are now heirs. When it comes to weighing Pope Pius XII’s actual contribution to the beginnings of the liturgical reforms, there are at least two tendencies: one, the Holy Father desired, directed, approved, and sanctioned the radical changes that came out of the Commission; another, that certain personalities in the Commission duped the Holy Father into authorising the obscene mutilations visited upon the Liturgy. Father Bonneterre, however, proposes a third tendency: The Holy Father encouraged the reform without fully grasping its consequences, as there was no way of predicting its outcomes in the first place. In his own words [29]:

Thus, with the purest of intentions, Pius XII undertook reforms that were required by the good of souls, but without realising, as would have been impossible, that he was thereby undermining the foundations of the Church’s liturgy and discipline at one of the most critical moments in their history, and, above all, without being aware that he was putting into practice the program of the deviated Liturgical Movement.

The good abbé then suggests that it would be an exercise in injustice and frustration to paint the Holy Father unorthodox merely by what he had caused to be carried out. And we concur. Explaining away the mild irony liaising orthodoxy with auto-demolition often seek after plausible reasons, such as age-mediated facultative impairment or time-aided physical debilitation. We think, however, that we must be allowed to feel that sensation of sorrow typically following the discovery that we have been somehow cheated of our own inheritance. Liturgical, for that matter. Fr. Bonneterre continues [30]:

In concluding this brief study of the liturgical reforms of Pope Pius XII, it is our duty to remind the reader of their perfect orthodoxy, guaranteed by that of the Pope who promulgated them; but we must also recognise that, in retrospect, for the reasons given above, they constitute the first stages of the “auto-demolition” of the Roman liturgy.

Let us ask Saint Joseph in these trying times, to guide all of us who look upon him as our champion and the protector of Holy Mother Church, that we may offer our travails, our labours, our sorrows, for the preservation of the Holy Catholic Faith.

|» Next part: Propers in chant

One thought on “Saint Joseph the Worker: Timeline of institution”